IT HAS BEEN RAINING SINCE DECEMBER 31. 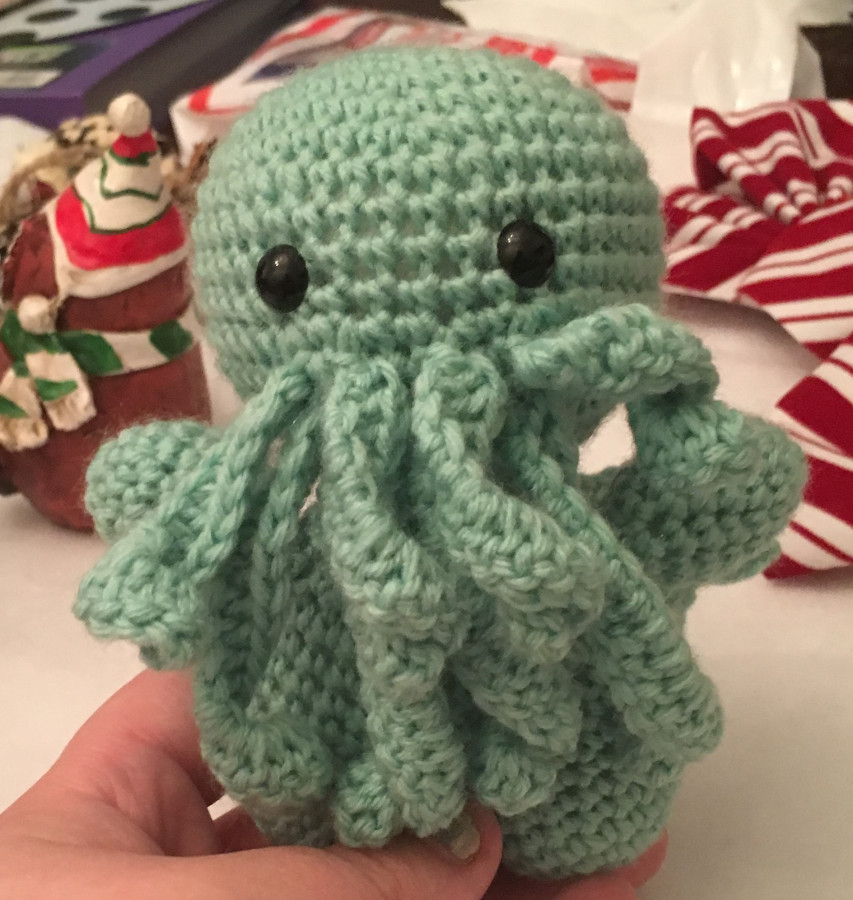 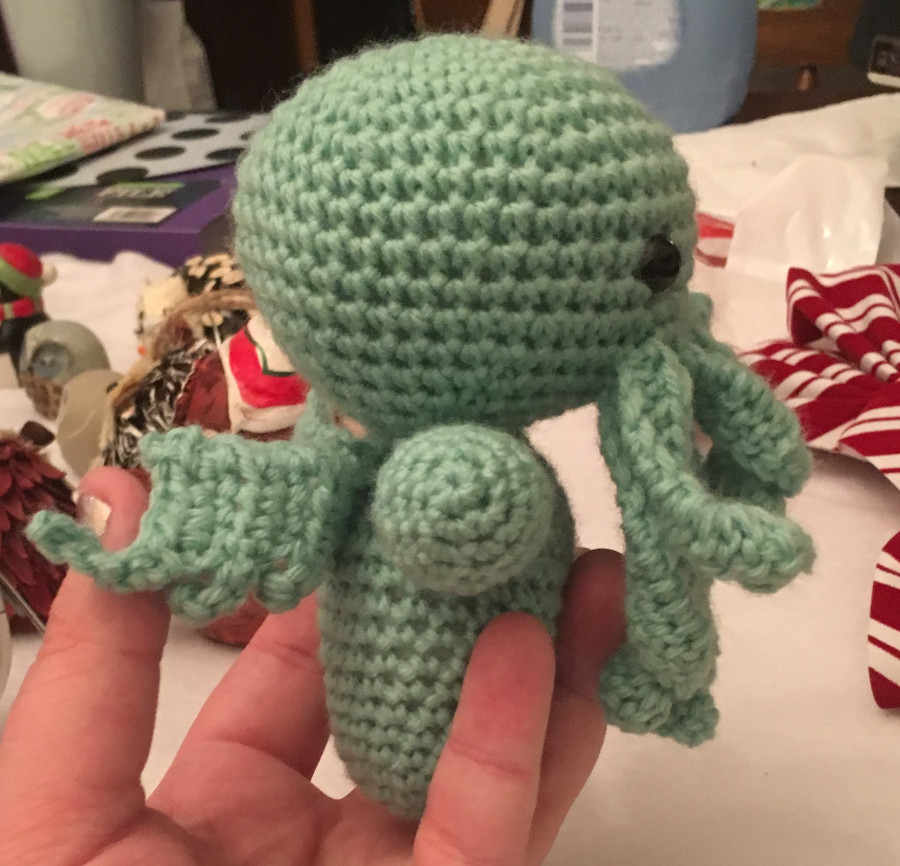 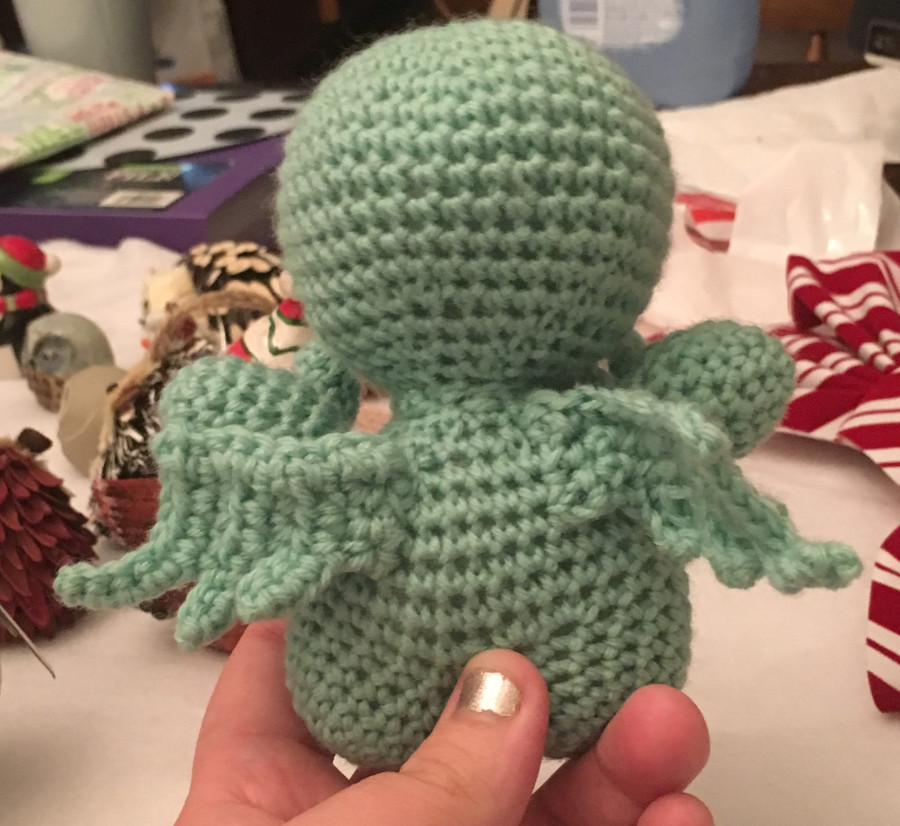 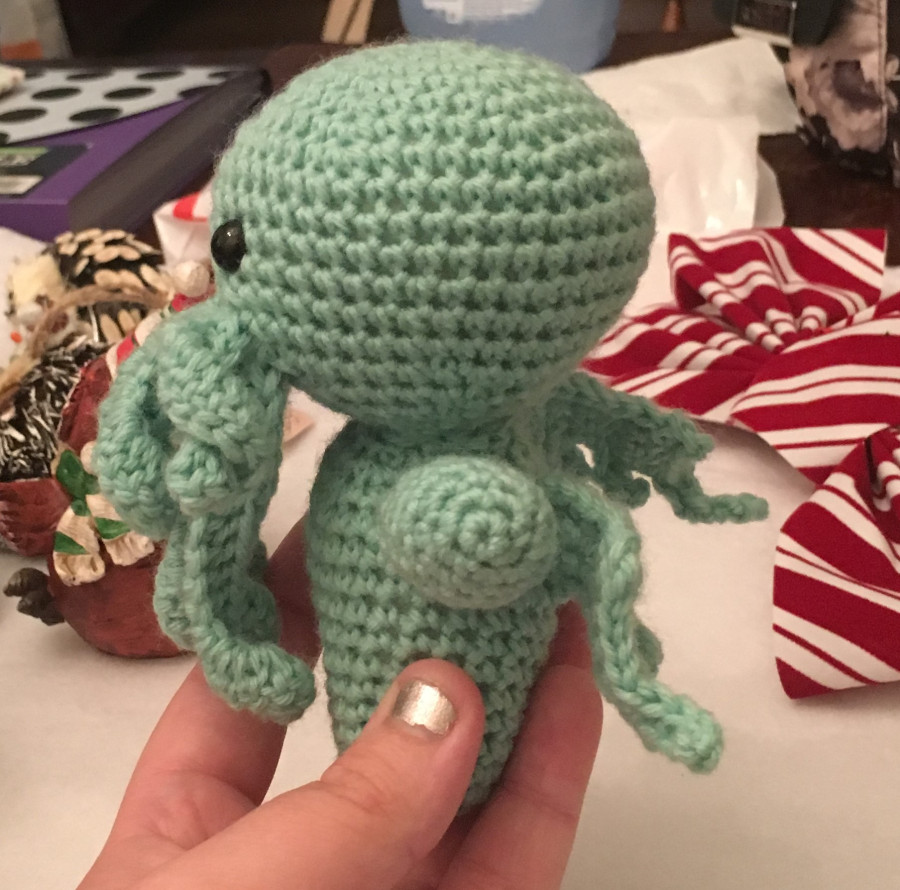 LOOK AT WHAT MY MOM GOT ME. THIS IS THE CUTEST THING I’VE EVER SEEN.

When I opened the box, my face was apparently hilarious because my aunt started laughing and told my mom to look over. Lilsis said that Mom was delighted to be able to get this little dude for me.

What the goddamned fuck.

My knee has been killing me for three days, the worst pain I can remember being in, and I spent most of today in bed because now my entire body is aching and I overall feel like shit, and I get up to this.

You get rear-ended literally a minute away from your job, causing you to be even later while also shaky and hyper-alert, on top of being tired because you sleep like shit. Also, you have class so you’ll have to go up and down three flights of stairs because the elevator is still broken, using your knee that doesn’t work right because it’s lost most of its cartilage.

And now I'm at the season 3 finale. Who the fuck thought up this Dahak shit? Argh. It's just -- WHY.

I am now to the episode with Shiri Applebee: were we meant to like her character?

Okay, now I'm to the Gabrielle's daughter kills Xena's son storyline (WHO THOUGHT THIS DAHAK SHIT WAS A GOOD IDEA), and why doesn't Gabrielle stop to wonder how a toddler in a basket got to wherever the hell the centaur village is from England?

HOW IS IT OCTOBER GODDAMNED 19 AND THIS MAN IS STILL AN ACTUAL CANDIDATE THAT PEOPLE WILL ACTUALLY VOTE FOR?

HOW WAS HE NOMINATED, WHO THE FUCK BACKED HIM UP, HOW THE FUCK DID HE LIVE THIS LONG WITHOUT PISSING OFF SOMEONE WILLING AND ABLE TO KILL HIM?

HOW IS IT FUCKING OCTOBER 19 AND PEOPLE WILL VOTE FOR THIS PIECE OF TRASH WEARING A HUMAN SUIT?

I've now reached the Xena-in-Callisto's body arc, and Lucy Lawless and Hudson Leick are AMAZING holy shit. Lucy Lawless plays HOW MANY characters in this show?

For Xena, EVERYTHING happened ten years ago. She led her village against that jerkface, but she was also having her son and already an established warlord. She was with Borias but also Caesar. EVERYTHING HAPPENED TEN YEARS AGO.

I mean, I love this show so I can look past it. (Also the fact that Gabrielle was at Troy but also met Homer.) (And that Xena saves Isaac, knows David, but somehow gives Mary a donkey to ride to Bethlehem.)

And I somehow never managed to watch the last two seasons even though I've owned the entire series on DVD for years. ETA: on rewatch, I realize that my least favorite eps are the ones where Xena&Gabrielle interact with biblical figures. It throws me completely out of the story.

Also: where the hell is this show set, that they meet all these people?

ETA take 2: how long is the first season? Perdicas has time to stop being a farmer, learn to fight, and become a mercenary. It's longer than 9 months because Ephiny has time to carry a baby to term. Except, that baby is half horse, so is her pregnancy longer? This show makes ZERO SENSE but I LOVE it.
Collapse